Join us as we celebrate the 4th studio album release by Jam-Prog favorites Timbre Coup! “Sudden Urge” was recorded in winter of 2020-21 and will be the latest musical offering from the group. The band will play a set of the album in full.
A limited number of hard copy CDs will be available along with some new merchandise

In their time together as a band, the members of Timbre Coup have become a cohesive force to be reckoned with. Often compared to groups such as King Crimson and Umphrey’s McGee, this prog (or “improg”) band also has a very danceable side. ”We want people to pay attention to the details and intricacies of our songs, but we love making people dance.” says drummer Matt Pickering. ”Our music was as accepted at Camp Bisco as it was at MoeDown. 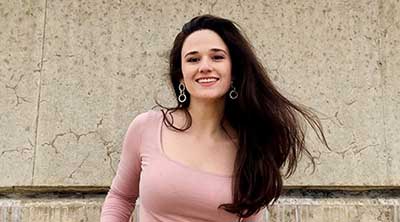 Girl Blue is the project of solo artist Arielle O’Keefe. Compared often to the likes of Laura Marling, Jeff Buckley, and Alanis Morissette, she is a powerhouse vocalist with the rare ability to write songs that both catch the ear and touch the heart. She plays out regularly around the country and records music in upstate NY with Just Pretend Records.