Come join us for a special Jam for Tots show featuring Annie in the Water & The Deadbeats and help us collect toys and raise money to purchase toys for those less fortunate.  We will also be raffling off an assortment of items, including a pair of tickets to Winter Wondergrass, Adirondack Independence Music Festival and more! 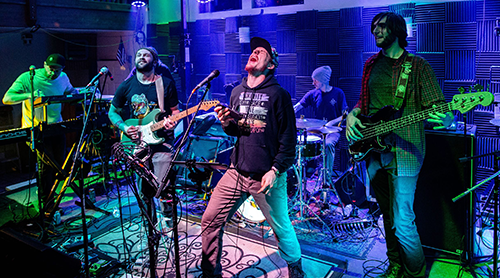 Annie in the Water’s music is a groovy combination of Rock, Funk, Reggae, Blues and Jamstyle written with a conscious dose of positive vibes, unique melodies and intelligent lyrics. With the ability to fill an entire night by original music and also render well-known covers into a signature style, fans share extraordinary experiences that can’t be seen anywhere else.

After 12+ years performing 1200+ shows in over 13 states, the original duo of founding members Brad Hester and Michael Lashomb also lead a full band that will rock your soul into euphoria.

The group creates a blend of music and entertainment that is inspired by the audience and the moment; the fan-base grows with every single performance in large part due to the indisputable fact that Annie in the Water will make people dance and feel happier no matter their age. Annie in the Water guarantees to deliver a great performance and intends to create unique experiences at as many locations as possible all over the world. While they also plan to continually expand their musical consciousness, this still feels like only the beginning… 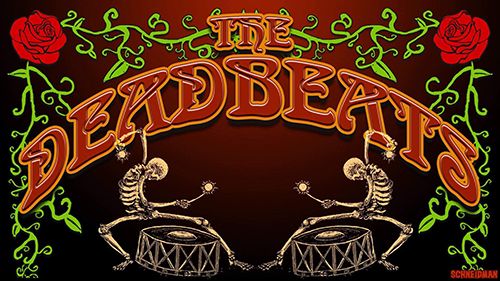 After revamping the band for a fresh new start in 2017, The Deadbeats are better than ever. They added some positive vibes to the mix to help generate some fantastic energy.
Saratoga Living Magazine ranked them in the Top Five Local Tribute acts of 2019. They were voted Best Jam Band of 2017 in The Capital Region of NY, and they took second for Best Cover Band and Best Tribute Band.
Longtime members Denise Parent and Mike Johnson have kept the band together for over two decades, and they have not missed a beat. Brian Miller and Dan Gerken are alternating bass players who each add their own special and unique styles to the band. Brian Mangini (Ominous Seapods, Raisinhead, Moepods) rounds out the foursome by adding rhythm and color to the band’s tapestry of sound.

After 27 years, the band is still rockin the music of The Grateful Dead, JGB, Phish, The Beatles, Bob Dylan, Aretha Franklin. Bob Marley, Janis Joplin and so much more.