Buffalo based groove rockers Aqueous returned to Saratoga Springs Saturday night for the third stop of their 2019 Fall tour.  Hot on the heels of back-to-back scorchers in Syracuse and Burlington, a rowdy bunch of AQ fans packed the Putnam Place early to see what surprises the band had in store for the final night of tour kick off weekend.

Connecticut power trio Lespecial got the party started shortly after 9 with a blistering set of heavy riffs, futuristic sounds, dueling keyboard jams and spot on covers of Primus (Too Many Puppies, Hello Skinny) and Rage Against the Machine (Know Your Enemy, featuring with Jaq from Burning Monk).

After a brief intermission and an ominous walk up intro song, Aqueous took to the Saratoga stage and systematically proceeded to rip the roof off the Putnm.  Opening with a pair of AQ staples 20/20, then the fan favorite Warren in the Window (complete with teases of the Rush classic ‘Closer to the Heart’), the band would then move into the first Realize Your Light of the tour, followed by the first cover of the night, Steady As She Goes by Jack White’s The Raconteurs.  Segueing nicely into  Weight of the Word, the band then raised the bar with a fully realized version of Going Nowhere to bring the first set to a close.

After one final intermission, the fire inside the Putnam Place rekindled with a full throttle take on Strange Times to open the second set.  A rocking version of Mosquito Valley, Pt II came next, then the surprise of the night, the debut cover of the Tame Impala song The Less I Know the Better.  After a brief pause between songs, it was time for the first Half in, Half out of the tour, then from there, it’s safe to say things got a little weird, as somehow a number of Hot Pockets (you know, the frozen pizza snack?) began circulating the stage and then the crowd and that wasn’t all, as a large stuffed animal resembling a sloth named was tossed on stage, prompting bass player Evan McPhaden to pick it up and strike a ‘Lion King’ pose by holding it over his head for all to see.   The much sought after They’re Calling For Ya > Kitty Chaser (Explosions) closed out the ridiculously fun second set.

As the roar of the crowd sustained, the band returned for a one song encore. Guitarist Mike Gantzer first teased Korn’s Falling Away From Me before the band settled in on the old school Aqueous classic Uncle Phil’s Parachute, thus signaling the end of a very memorable show.

With the opening weekend of fall tour now in the books, Aqueous look to Pennsylvania for a pair of stops that include the bands highly anticipated Hero Halloween show at the Rex Theater.   Also just announced, a surprise new EP, BURN IT DOWN  which will be available everywhere November 8th, 2019. 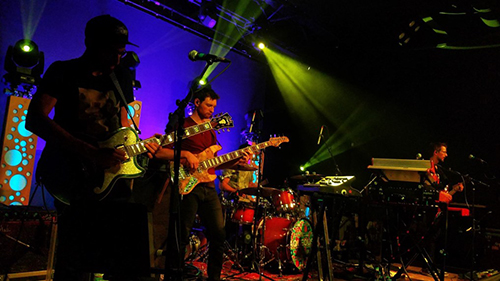 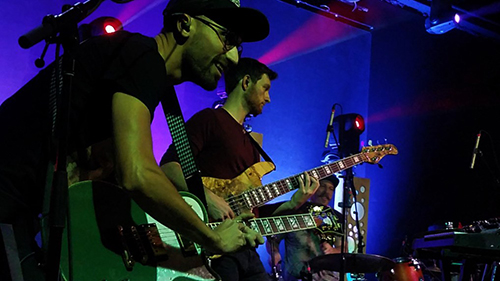 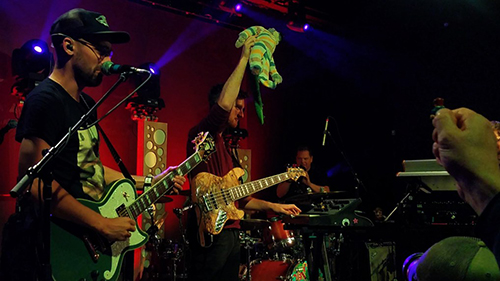 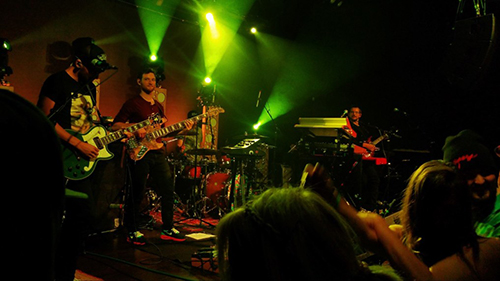 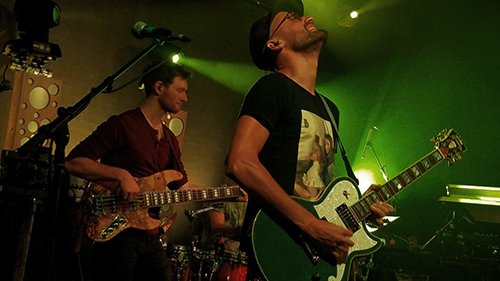 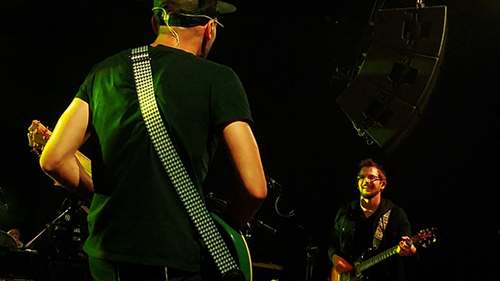 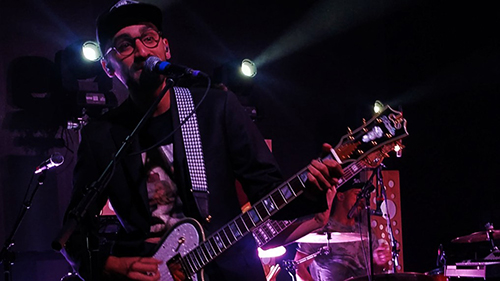 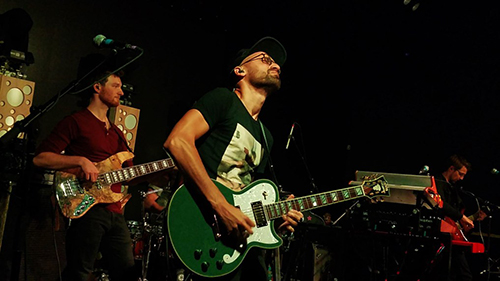 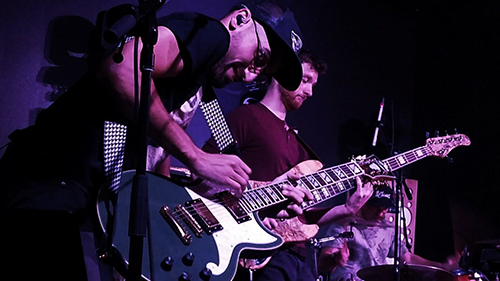 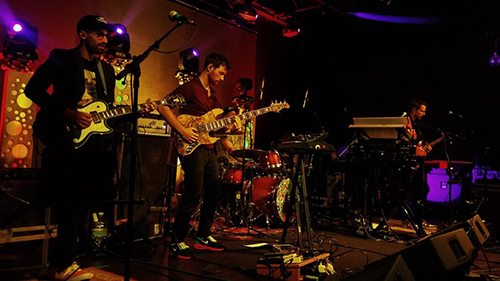 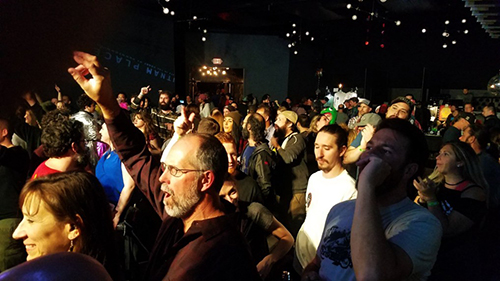